TravelOmama
Home Destinations Why I live in both Madrid and Barcelona – and which city... 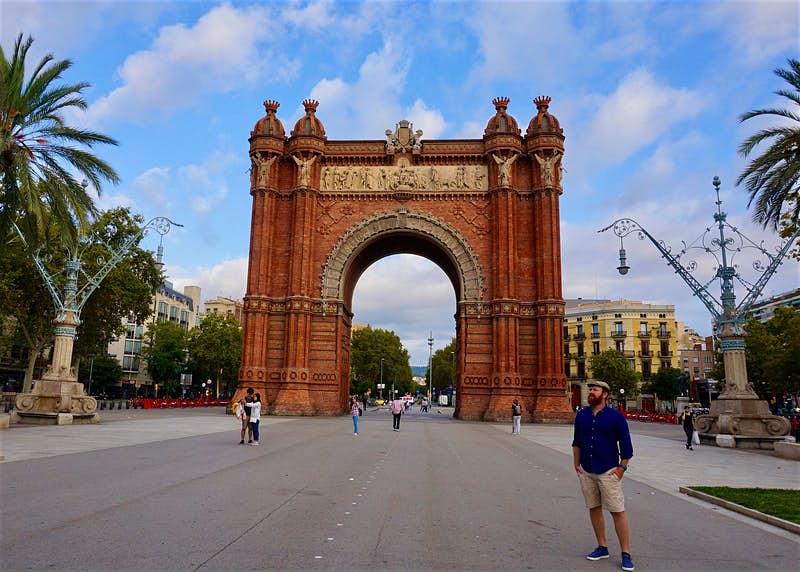 In Spain, the Madrid vs Barcelona debate is serious business. Which is a better place to live or to visit? They both have their pros and cons – Barcelona has its famous Modernista architecture and miles upon miles of beaches. Madrid, on the other hand, is the pretty-yet-gritty capital city: world-class museums, restaurants galore, and so much nightlife that occasionally going to work on less than an hour of sleep is a point of pride for locals.

These days, I’m living in both, so I have a horse in both races. As a freelance writer, I don’t really have to be anywhere in particular, so I’m more or less free to be where I love.

And for most of my adult life, that’s been Madrid. But when my girlfriend suddenly got a job in Barcelona last year, we decided to pick up and move. Sort of.

Actually, I kept my flat in Madrid. To be honest, I was half expecting the charm of the capital to wear off after a couple of months of beachside living, but it didn’t. So now, I’m making it official. I live in two cities, and love them both.

Madrid vs Barcelona: which is better?

Really, it’s hard to say that one is better than the other, because in a lot of ways they’re different. Barcelona has a noticeable French influence seen in its Catalan Modernist architecture, and of course its own language and regional independence movement. The Mediterranean climate means it’s not too hot or too cold, and then there are the beaches. All those long golden beaches.

Madrid, on the other hand, is the centre of Spain: usually either too hot or too cold, it’s less stunning architecturally and much less tourist-focused. And it’s probably better not to talk about our version of the beach. Just go to Parque Retiro to relax and cool off in the shade or have a nice walk by the Manzanares River. Maybe try to make friends with someone who lives near a swimming pool.

Having said that, Madrid has a strange sort of hold on many people – I’m far from being the only one who came for a week and found myself still there a decade later.

Food in Madrid and Barcelona

One thing you can say about nearly anywhere in Spain: the food’s great. And Madrid and Barcelona are no exceptions. From the typical taverns to newer gastropubs and international cuisine from around the world, there are thousands of restaurants and bars in each city.

Thinking about it, though, Madrid’s star dishes don’t seem as stellar when compared to Barcelona’s. In the capital, we’ve got cocido madrileño (a meaty chickpea soup) and callos a la madrileña (a thick stew made of tripe and other cow parts). Try local classics like Casa Jacinto for the cocido and Casa Toni for callos.

In any case, dishes like those are not nearly as glamorous as some of the Catalan specialities you can find in Barcelona: bomba catalana (a potato croquette stuffed with ground beef) at La Cova Fumada or esqueixada at Can Ramonet – also known as Catalan ceviche, it’s a cold dish made of marinated salt cod.

There’s no reason to stop at local cuisine, though: Spain has many other regional cuisines, and vibrant immigrant communities mean you can find restaurants serving typical dishes from nearly anywhere in the world.

Travelling from Madrid and Barcelona

One thing I didn’t appreciate enough when I was living in Madrid full-time is that it’s just so well-connected to the rest of Spain and Europe. As the major hub for Iberia airlines as well as the AVE high-speed train network, Madrid feels close to almost everywhere.

On the other hand, Barcelona is close to France, which means you can take a short flight and spend the weekend in Bordeaux for some wine culture or Marseille to soak up the grit and grandeur of the famously multicultural port city. The beaches and nature of Mallorca and Menorca aren’t far either, nor is the night life in Ibiza. But all in all, being in Barcelona means it’s a bit harder to travel around Spain.

If you want to take a day trip from Madrid, you’ll find it’s close to towns like Toledo, which is famous for its mix of Gothic and Mudéjar architecture, and Segovia with its massive Roman aqueduct and Alcázar fortress.

Barcelona is tourist heaven… Madrid, not so much

When friends have come to visit me in Madrid, it’s not always clear what I should show them. It’s a great city to live in, but after you’ve seen Museo del Prado, Reina Sofía and Plaza Mayor, there aren’t loads of big-name attractions left. Because Madrid’s not about tourism, and that’s one of the reasons I love it. Instead, it’s about the lazy Sunday afternoons having vermouth in La Latina; the nightlife in Malasaña; the taverns and tapas and terrazas.

Barcelona, on the other hand, is tourist paradise. The beaches, the bike tours, the whole Barri Gòtic neighbourhood are all set up for the enjoyment of tourists. (Fun fact: much of Gótico was actually built in the early 20th century, as a tourist attraction for visitors to the 1929 International Expo). And then there’s Gaudí and his world-famous architecture: monuments like the perennially unfinished La Sagrada Familia, Casa Batlló, and Parc Güell attract long lines of visitors nearly every day of the year.

In Barcelona, prices are higher – you’ll be charged for every tapa. But in Madrid, the tapas are free with drinks, and the prices are more reasonable. Spending 6 euros for breakfast in Madrid used to seem like the height of luxurious waste. Not any more. In some areas of Barcelona you can barely get an orange juice for that much.

And there’s a bigger downside which is Barcelona’s overtourism problem. Cruise ships the size of stadiums pull in and out of the port several times a day. And recently, things have reached a point where neighbourhoods have protested against rising rents and you can see ‘Tourists Go Home’ on posters and graffiti around town.

So which Spanish city has my heart?

I’ve thought about it a lot. And while Barcelona might seem to be the city with more going for it, I still love Madrid. After all, I spent most of my adult life wandering through the neighbourhoods of the capital. You can’t beat things like watching the moon rise over the ocean here in Barcelona. But in the end, Madrid has my heart.

ABOUT US
Welcome to TravelOmama.com, the perfect destination to make your holidays special and enjoyable without burning a hole in your pocket. We are your very own travel guide enabling you to crack the best holiday deals.
Contact us: [email protected]a.com
FOLLOW US
© Copyright Travelomama.com