s I parked myself in the sprawling lawns of Champ de Mars to watch the magnificent Eiffel Tower light up with a thousand twinkling stars, I put on my headphones and hit Audrey Hepburn’s version of La Vie en Rose in my phone. With a just light tote bag, I had a long walk around the city. My feet hurt, but my heart denied it. It is a big cliché, but every bit as special.

If you are contemplating on skipping the French capital on your first trip to Western Europe, be ready to miss out on one of the most enriching experiences of your travel timeline. Paris might be overhyped, but that doesn’t undermine the beauty of this spectacular city.

“A moveable feast”, Ernest Hemingway had chanted about the city. Strolling around it, dipped in monumental heritage and culture, Paris pleases you by day and dazzles you by night. 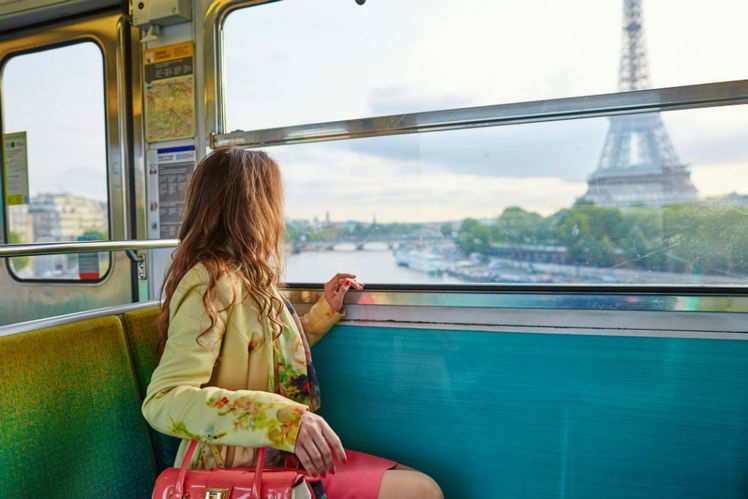 A bread-and-breakfast within the city seems like a good idea, given that the hotel prices are too steep. I was feeling thrifty and put up around Roissy en France, near Charles de Gaulle airport. A bus commute seemed convenient and to return, I’d take an airport bus from the city. A free shuttle from the airport would drop me to my hotel.

Once I reached Downtown Paris, I was prepared to walk. To drench in the joie de vivre of the gay city, put on your most comfortable pair of shoes, pack an umbrella and a pair of sunglasses in your bag, and start walking.

I started my tour with the iconic Arc de Triomphe. The neoclassical monument was commissioned by Napoleon Bonaparte, and was constructed in 1806 with names of all French victories and generals inscribed on its inner and outer surfaces. The Arc de Triomphe marks the beginning of the historic Avenue des Champs Élysées, a broad picture-perfect straight road, almost 2 km long. Champs Élysées, arguably one of the most beautiful avenues of the world, ends in the majestic Place de la Concorde. 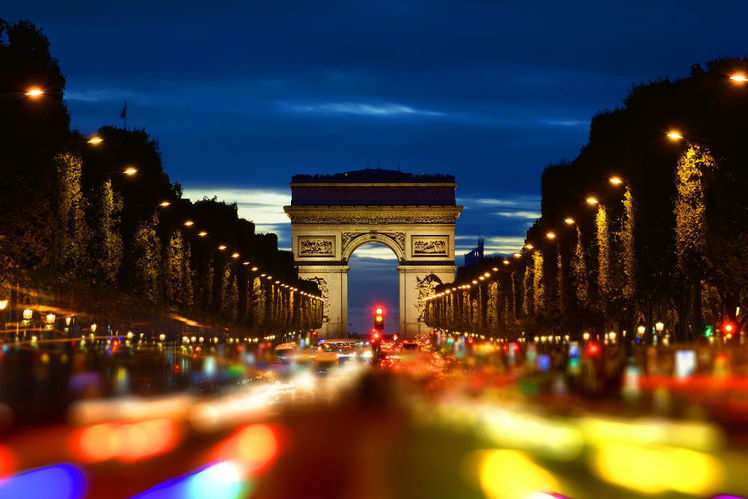 As I strolled down Champs Élysées, I looked around to take in the magic of the city. Champs Élysées is a cultural hotspot, boasting cinemas, theatres, and exhibition venues. A shopper’s paradise, the High Street stores along the avenue sets the zeitgeist of every fashion trend that first hits Paris before the rest of the world. Once you reach Place de la Concorde, the famed Parisian square with the Egyptian Luxor Obelisk at its centre flaunted by two monumental fountains (Fontaine des Mers and Fontaine des Fleuves), look at the cobblestoned road and be mesmerized at the fact how this picturesque avenue was once the execution site of King Loius XVI and his wife Marie Antoinette.

Straight ahead the Luxor Obelisk, just across the street, lies the gargantuan black gate to the gardens of the royal Palace of the Tuileries. The gate, in fact, takes you straight to the Musée du Louvre, or the Louvre Musuem, the world’ largest art museum, through the Arc de Carrousel. It is a known fact that to properly appreciate the 35000 works of art housed in the Louvre, one has to spend a good three weeks in the museum. But I opted for a shortened version of the tour, deciding to focus primarily on the Sully Wing and the Denon Wing.

A museum junkie, I was excited to see some of the world’s most remarkable artworks. 17 Euros got me to see Leonardo Da Vinci’s Mona Lisa and Virgin of the Rocks, the ancient Greek statue Venus de Milo, Eugène Delacroix’s celebrated French Revolution-era painting Liberty Leading the People, Luini’s Salome, etc. This may sound exaggerated, but the adrenaline rush I was getting inside the Louvre was inexplicable. The ticket line at the Louvre wasn’t a hassle at all and you can easily skip that by booking a ticket online. 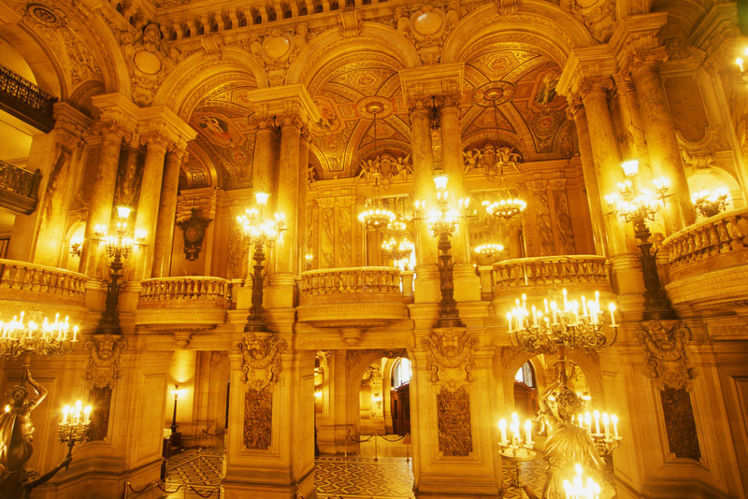 After my overwhelming Louvre tour, I headed towards Palais Garnier, the glorious Opéra national de Paris (national opera house Paris). The opulent theatre, with its many statues and intricate carvings all over, was the setting of Gaston Leroux’s 1910 novel The Phantom of the Opera. The charm of Paris lies in the air. While sitting on the steps of Palais Garnier, serenaded by a street musician, I had almost forgotten about the pangs of hunger grumbling inside me. Exploring nearby, I came across this petite French bistro called Café de la Paix and I chose to sit outside. The place was impeccably sophisticated and burned a hole in my pocket. I decided to survey more before eating next time rather than acting on an impulse. A meal for two calls for the beouf (beef) bourguignon, a traditional French meal crafted with slow cooked beef cuts with red wine, root vegetables and mushrooms. A baguette on the side will make your day!

Since I was alone, I had crêpes au poulet, basically a sort of pancake filled with chicken strips, with a glass of Lafite. To immerse yourself in a perfect Parisian ambience, eat at one of the local cheaper bistros, and order yourself a bottle of Château Margaux or Bordeaux and let yourself go. 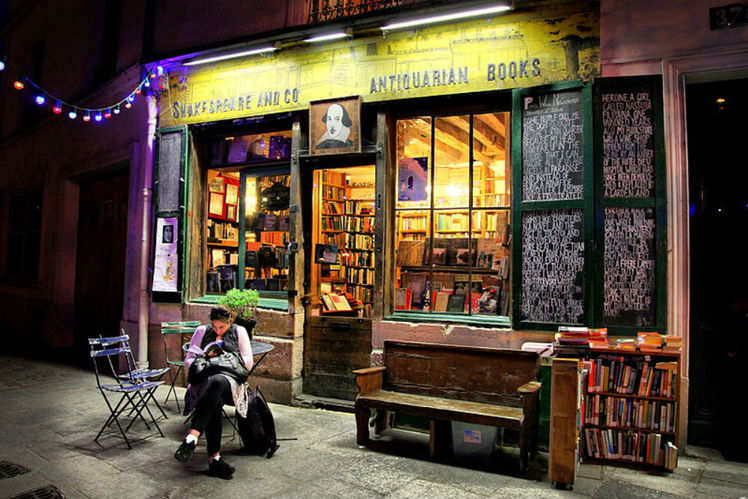 My next stop was a box I had to check off my bucket list. A bit further from Palais Garnier, Shakespeare and Company is located on Paris’ Left Bank, and is a 3-minute walk from the Notre Dame Cathedral. I took a Hop-on Hop-off bus to Notre Dame and arrived at the iconic store. The rustic-looking façade with its weather-beaten stands overlooks the Seine proudly, daring to be original during the perilous age of Amazon and Kindle; which is why Shakespeare and Co. is probably the world’s most famous independent bookstore. From old, hardbound books to fresh titles off bestseller charts, Shakespeare and Co. promises to gift you an experience wrapped in old-world charm. 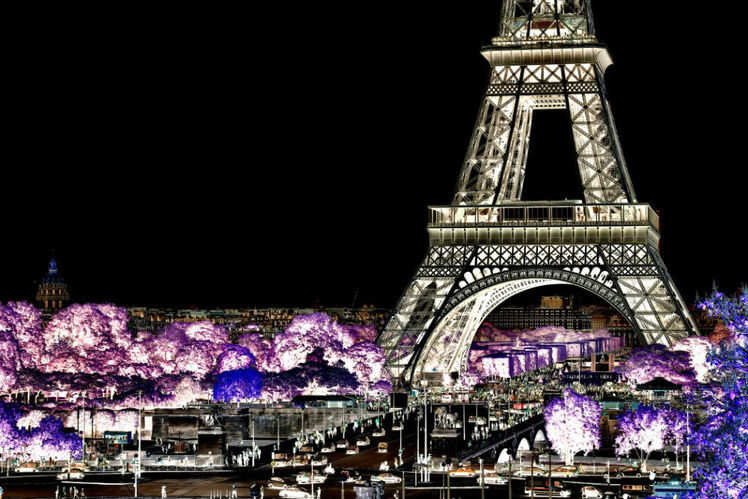 With my tote bag full of old books and a grin in my face, I headed to Champ de Mars, a public green space where you can relax, picnic, and witness the Iron Lady being lit up for nighttime. Champ de Mars surrounds the Eiffel Tower, enveloping it with a cloak of green with its expansive lawns. Some 17 Euros took me to the top level of the Eiffel and was spellbound to see the bustling city, its foliage, extravagant art, beautiful squares and the serene River Seine all live in perfect harmony, undisturbed by the millions of tourists who visit the city every year.

At sunset, observe as the Iron Lady put up a unique light show with 20000 twinkling lights dazzling the city and your mind. Make a toast to the evening, kiss your beloved and lie down in the grass. If you’re flying solo, let Paris be your sweetheart for the night.

Honeymoon in Haflong: Celebrate honeymoon in the lap of nature, away from the crowd