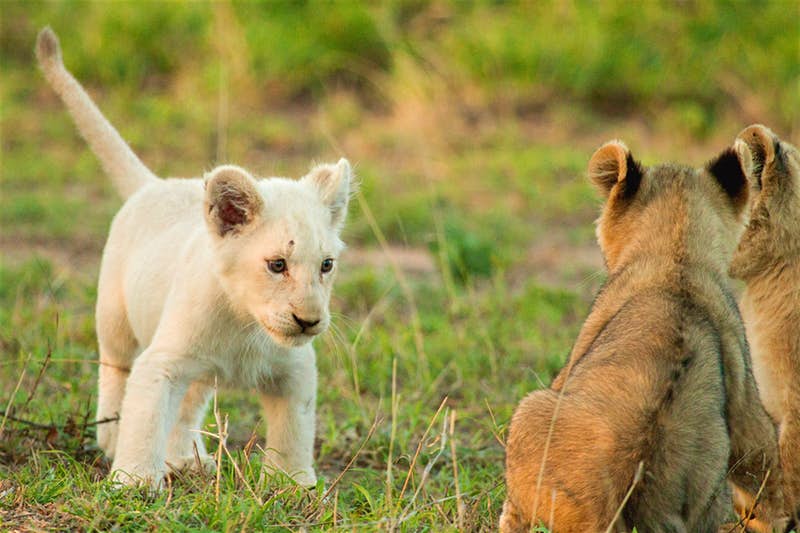 The white lions don’t exist,’ my safari guide says with a smile and twinkle in his eye, ‘they are just myths.’

Indeed, whispers of these lions have emanated from the lands of Timbavati and southern Kruger in South Africa for centuries. But today three of them are known to exist in the wild, two of whom are found within the 148-sq-km Ngala Private Game Reserve. Sitting in the heart of the region, Ngala means lion in the language of the local Shangaan people.

I tell Dyke Khosa – a man with 28 years of safari guiding experience – that seeing a white lion in Ngala would be a dream come true. His experience of the region extends far beyond his time as a guide; his instinct for the wild is ingrained within him. While growing up, he would spend weeks at a time in the wild searching for various ingredients with his grandfather (a traditional healer), and it wasn’t unusual for him to be sent back to his village alone through miles of bush to fetch needed items. After stepping into the footprint of a lion for the first time, which as a small boy engulfed his own, he had no choice but to quickly learn how to interpret the land and its wildlife around him.

Until two years ago the white lions were just what Khosa says, a myth. But sporadic sightings have always existed. The gene that produces the ivory white fur is a rare mutation endemic to this small region of Africa, the only place where white lions have been found in the wild.

In 2017, two lionesses from the Birmingham pride – the largest in Ngala – gave birth to seven cubs. After decades without a single white cub birth, and much to everyone’s astonishment, three of them were white. But the excitement brought by the trio was quickly extinguished when two males, known as the Ross males, fought for the Birmingham pride and won. To ensure their own lineage, much to everyone’s sorrow, the pair killed all of the cubs.