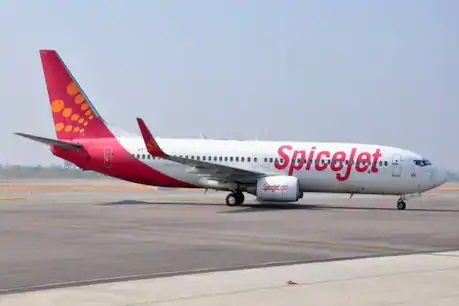 Budget airline company SpiceJet on Thursday announced an expansion in its domestic network. The company is going to start 24 new direct flights from February this month. Booking has started on these routes from today. The company said that the new flights also included four new seasonal flights connecting Jaisalmer to Delhi and Ahmedabad.

new Delhi. Budget airline company SpiceJet on Thursday announced an expansion in its domestic network. The company is going to start 24 new direct flights from February this month. SpiceJet said in its statement that it will start 24 new domestic flights in February from various cities including Ajmer, Jaisalmer, Ahmedabad and Bengaluru. The airline said that it will be the only airline to start flights on the Ajmer-Mumbai route and Ahmedabad-Amritsar route. Booking has started on these routes from today.

Daily flights will be available on these routes

The company said in its release that the new flights also include four new seasonal flights connecting Jaisalmer to Delhi and Ahmedabad. The airline company will also start daily flights on Ahmedabad-Bengaluru, Kolkata-Guwahati and Guwahati-Delhi routes. The company said in its statement that flights will be operated between Ahmedabad-Bagdogra-Ahmedabad and Chennai-Kolkata-Chennai three days a week and five days a week from Patna to Bangalore and two days a week from Patna to Surat. Apart from this, flights will also be operated from Surat to Chennai four days a week.

in a press release said that the seasonal flights will run from 12 February to 13 March 2021. At the same time, all other flights will be effective from February 19 and 20. Chief Commercial Officer Shilpa Bhatia said, “After successfully connecting Ajmer with Delhi, Ahmedabad and Hyderabad, we will start daily flights from Mumbai to Ajmer. SpiceJet will also connect Ahmedabad to Amritsar.” He said that we hope that we will get more number of pilgrims and tourists on this route.

Pakyong from Kolkata. Will add company

Recently the company had announced to link Sikkim’s Pakyong with Kolkata. With this, the company will also start its second frequency between Delhi and Dehradun. Explain that the airline will deploy its Bombardier Q400 aircraft on all routes.