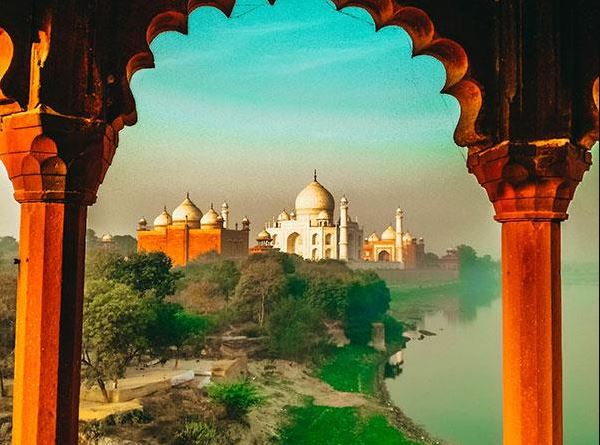 Monuments always remind us of historical significance. Built as a symbol of love, these buildings include some of the most important forts and palaces in the country. These historic buildings are still preserved as an example of love. Witnessing some of the most epic tales of love, sacrifice and duty, these historical monuments have told the saga of their love to every generation. They also bear witness to some of the saddest and eternal love stories. The majestic walls of these historical monuments built in the architecture and sculpture of ancient times make the mind happy.

There is no greater symbol of grand and royal love in this entire world than the Taj Mahal. The Taj Mahal, built of white marble, was built by the Mughal emperor Shah Jahan between 1631 and 1648 as a mausoleum for his beloved wife Mumtaz Mahal. His wife died during childbirth. Mumtaz Mahal was buried inside this mausoleum reminiscent of Mumtaz Mahal and Shah Jahan. Shah Jahan was also buried next to his tomb. There is also a huge garden outside the Taj Mahal building which is rarely seen today. The example of love, Tamahal is included in the seven wonders of the world. 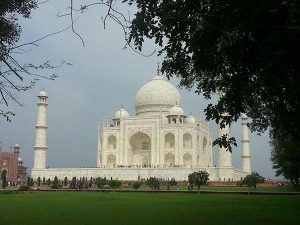 The Chittorgarh Fort, built in the 7th century, is not only one of the largest forts in India but is also listed in the UNESCO Heritage Site. The main attraction of the monument is the palace of the three-storied ancient white queen Padmavati, which is built on the side of the lotus pool. This fort is not only huge but its architecture and craftsmanship also surprises the tourists. The fort itself is adorned with intricately carved Jain temples, ornamental pillars, reservoirs, underground cellars and many more exquisite architectural displays.

The royal Chittorgarh Fort is a symbol of the historical love story of Rani Padmini and Raja Ratan Rawal Singh. The king won Rani Padmini at Swayamvar after hard trials and exams and brought her to the Chittorgarh Fort as her beloved queen. The walls of the fort resonate with stories of their mythological love story. Here you can see the grandeur and history of the fort. 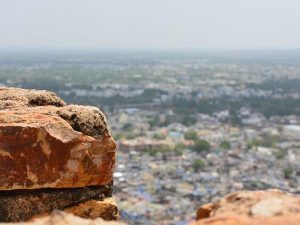 Situated on a picturesque plateau, Roopmati’s pavilion is famous for heritage and historical architecture. This fort is located in the city of Mandu. The interesting and attractive architecture of Roopmati Pavilion at an altitude of 366 meters from the grounds is most liked by the tourists. It has square pavilions, huge hemispherical domes and arches. The Narmada River is also visible from this domed Roopmati pavilion which flows down 366 meters. 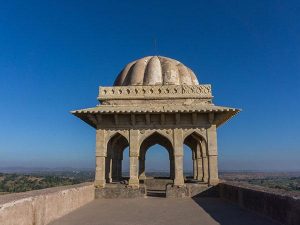 Mandu is popular for the mythological love story of Prince Baz Bahadur and Rani Roopmati. Sultan Baz Bahadur, the last independent ruler of Mandu fell in love with the melodious voice of Rupmati, the queen of Malwa. The ruler proposed to marry Rupmati but Queen Rupmati laid a condition that if the king would build a palace from where she could see her beloved Narmada river, she would marry him. Thus the Roopmati Mandapa came into existence and it is a witness to the eternal love story of both of them. 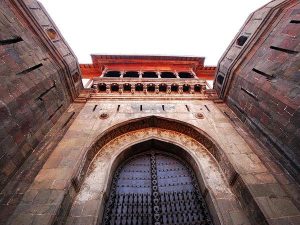 Shaniwarwada Fort, built by Peshwa Bajirao in the year 1730, has been witness to many historical events. The pride and honor of Pune has been the home of Shaniwarwada fort first Bajirao and his beautiful second wife Mastani. Peshwa Bajirao’s family refused to legally accept Mastani as a wife due to differences in their religious allegiance. Therefore, Bajirao built Mastani Mahal in Shaniwarwada Fort where both of them lived together. However, Mastani’s palace has been destroyed and it no longer exists but its remains still exist. A small notice on the gate of this fort still reads, “Mastani Darwaza, which is mentioned in old records as the Natakshala Gate, was named after Mastani, who came from Bundelkhand to Bajirao. Had a second wife. “