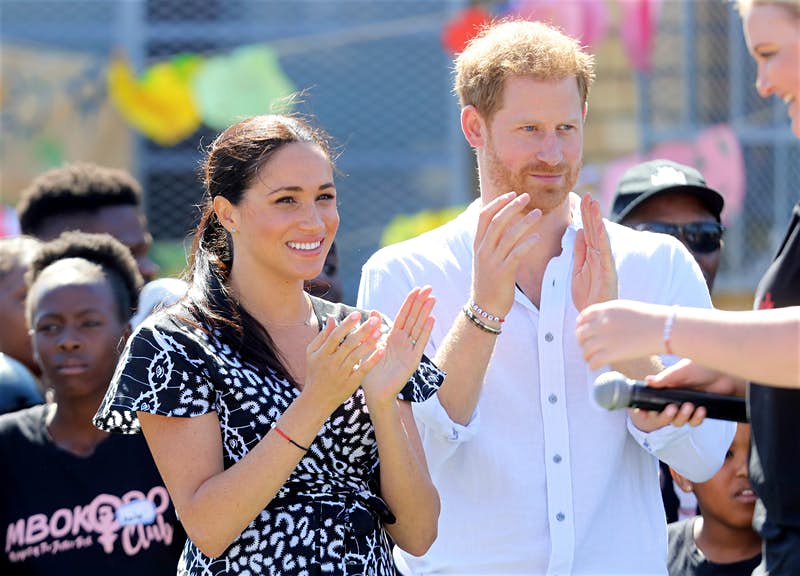 The Duke and Duchess of Sussex and their son Archie have landed in Cape Town, South Africa, launching their first family tour of Africa.

It’s the family’s first official trip to Africa, a place that Prince Harry said in a post on Instagram is “a region of the world that over the past two decades has been a second home to me”. At that time he also expressed his excitement at bringing his wife and new son – who was born on 6 May – to South Africa.

The family landed in Cape Town on Monday and have already visited the Justice Desk initiative in Nyanga township, which is an organization that teaches kids about their rights, as well as providing self-defence and female empowerment training to young girls.

The family will be in Africa until 2 October. Meghan and Archie will stay on in South Africa, but Harry will continue on his trip to Angola, Malawi and Botswana – a long-time favourite destination of the prince. According to another Instagram post, the official tour will focus on “community, grassroots leadership, women’s and girls’ rights, mental health, HIV/AIDS and the environment”.

In South Africa they will meet with Archbishop Desmond Tutu, and when Harry continues to Angola, he will follow in his mother’s footsteps and work with the HALO Trust, an organization aimed at ridding the world of landmines. In Malawi, Harry will be checking in on the British Army’s partnership with Africa Parks. He will also be launching a new initiative under the Queen’s Commonwealth Canopy to protect forests around the Okavango Delta.

Meanwhile, Meghan’s itinerary in South Africa will include “working with local organisations to promote women and girls’ health and education, entrepreneurship and leadership”.