TravelOmama
Home Places To See Piaces india :Have you ever seen Dussehra of these places of India,... 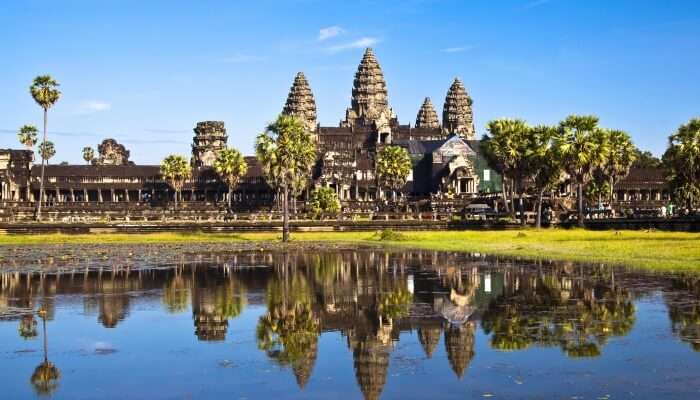 India is a cousntry which is known for its festive spirit. Indians celebrate countless festivals throughout the year with immense enthusiasm. Dussehra is also one of those festivals which is celebrated with full enthusiasm. The festivities include beautifully decorated decorations, spectacular fireworks.

India is a country which is known for its festive spirit. Indians celebrate countless festivals throughout the year with immense enthusiasm.

Dussehra is also one of those festivals which is celebrated with full enthusiasm. The festivities include beautifully decorated decorations, spectacular fireworks, where the entire nation rejoices in celebration of the victory of good over evil. If you also want to join this festival, then first know in which places of India this festival is celebrated in special ways.

Dussehra is celebrated with great pomp in Mysore. The royal family of Mysore leads this 10-day festival to honor the victory of Goddess Chamundeshwari over the demon Mahishasura.

The Mysore Palace gets completely ready with the lights. On the last day of the festival, an elephant dressed in ornamental clothes carries a large idol of Goddess Chamundeshwari in a procession that starts from the palace and ends at the Bannimantap ground.

Many athletic competitions, military parades and cultural performances take place here. Apart from this, a Dussehra exhibition is organized every year where you can enjoy delicious local food and rides.

Durga Puja is celebrated with great enthusiasm during Dussehra in Kolkata. The festival fills the city with color and energy.

The city is filled with decorated pandals, where Durga Maa is worshiped with full enthusiasm. Along with this, many types of bhog and sweets are also kept for the devotees in these pandals.

If you are going to Kolkata, or are in Kolkata, then definitely visit these pandals. On the last day of the festival, married women participate in a ceremony called ‘Sindoor Khela’, where they wear traditional saris and apply vermilion to each other. The festival ends with the immersion of the deities of Goddess Durga in the river.

Ramnagar, located about 15 km from Varanasi, is one of the best Ramlila shows during the Dussehra festival. This is a 200 years old tradition started by the king of Kashi.

Talented actors perform Ramlila on beautifully constructed sets next to Ramnagar Fort. In Ramleela, actors narrate the Ramayana in detail with masks, music etc. On the day of Dussehra, a large idol of Ravana is lit in the main square to honor the victory of Lord Rama over Ravana.

Dussehra in KulluThe Dussehra festival in Kullu begins on Vijayadashami and lasts for seven days. Devotees in large numbers carry idols of various deities on their heads and join the procession leading to the famous Raghunath temple.

On the last day of the festival, the procession is taken towards the Beas River where wood and fodder are burnt as a symbol of the burning of Lanka. You can also catch a glimpse of Kullu’s culture at a local fair organized during the Dussehra festival.

IRCTC Tour Package: Travel to Giroudpuri Dham of Chhattisgarh with Railways, this is just the fare

IRCTC Tour Packages: If you are planning to travel at low cost, then you can easily book like this