TravelOmama
Home IRCTC Latest News Indian Railways: Follow this method if you miss the luggage in the... Indian Railways: If there is any luggage missing in any train, do not leave any hope of getting it back. You can get it back if you complain about the lost item immediately.

Indian Railways: Usually, people are left sitting idle after the goods are left in the train. Many people feel that the goods will not be returned but you should not do so. Next time you miss any train, do not leave any hope of getting it back. You can get it back if you complain about the lost item immediately. 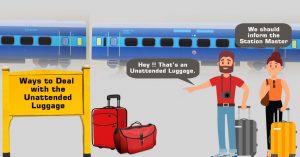 As soon as you came to know that you had left the goods, you quickly returned to the same station where you landed on the platform. Reaching the station, first meet the railway officials and go with them and inform the RPF. You can also register an FIR in RPF. After this, it will become official and legal responsibility of the railways and police to immediately investigate to find the goods. After this, the investigation team will first check the seat number of the train you have mentioned. If the goods are found there, it will be deposited in the nearest RPF police station. In some cases the recovered goods are delivered to the same station where the complainant has lodged an FIR. 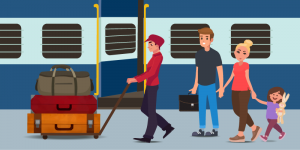 This is the process ahead

After receiving the information of the goods, the passenger will be called and along with giving his information, the documents required will have to be shown. After which your luggage will be returned to you. In recent times, arrangements have been made to deliver the goods after the seizure of goods at some stations. 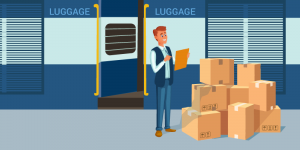 What happens when we get lost goods? 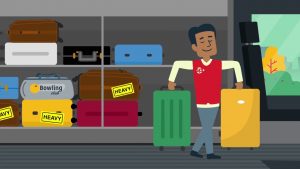 Goods are kept for 3 months

Railway officials keep such goods with them for 3 months and after that they are sent forward.