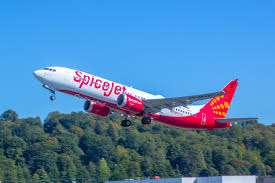 Good news for travelers. Now you can travel by air for only 899 rupees. As the impact of the virus is decreasing in India, efforts are on to normalize things in every way.

This Book Befikar Sale by SpiceJet is for January 17. In such a situation, book it soon to enjoy air travel for less money. Ticket booking has started from 13 January. The company said that the price of the voucher will be the same as the base fare of the booked ticket.

Giving information in this regard, the company said that Book Befikar Sale! Book domestic tickets starting at 899 only. Plus enjoy the freedom to change or cancel tickets with zero fees. what’s more; The duration of the visit will be from 1 April to 30 September. Ticket sales expire on 17 January.

Apart from this, the country’s first Kovid vaccine consignment has already been sent to Delhi by Spyjet Flight. In connection with this, SpiceJet has shared the photos of the consignment.

SpiceJet has started 21 new domestic and international flights from 12 January. In a statement issued by the company, earlier information was given about starting the flight. SpiceJet had announced the start of two weekly flights between Mumbai to Ras Al-Khaimah, UAE and also informed to increase the ferries between Delhi to Ras Al-Khaimah. It was told in the statement that it will start new flights between Jharsuguda in Odisha between Mumbai and Bengaluru.